My first pick dealt with how we edit video and Adobe Premiere Pro wouldn’t have experienced the success that it did in 2011 if it wasn’t for Apple releasing a version of Final Cut that was both dramatically different and not what their existing users had patiently waited for and demanded.

My second pick dealt with how we consume video production articles and video industry print magazines would still be thriving today if it wasn’t for online articles, video blogs, and video forums.

My third post on the Top 5 Video Production Industry Trends and News Stories for 2011 deals with how we acquire video and introduces a problem that is solved by my fourth and fifth picks for video production industry news stories and trends of 2011. All three dramatically changed the way videographers acquire video and improved the quality of initial video recordings.

The last tape-based professional video camera that Sony released was the 2009 Sony HVR-Z5U. It records on the same MiniDV tape that the 1995 VX1000 uses and amazingly the Sony engineers figured out a way for the Z5U (and other HDV video cameras) to also record HD video on the same MiniDV tape with the same 24Mbps bitrate as SD DV. Unfortunately the lossy HDV codec is a long GOP codec, which means that it creates one full frame (called an I frame) only twice per second. DV, in intraframe codec, does this 30 times per second. After each I frame, the HDV codec then references only the changes from the reference frame in order to fit an HD image on a designed-for-SD-DV tape. The HDV codec also does not produce a square pixel true 1920×1080 HD video recording – it records an anamorphic 1440×1080 video signal and each pixel then needs to be stretched and then converted to square pixels in order to be displayed. HDV was a hybrid solution that made the best of legacy technology but is a compromise in recording quality compared to the signal quality of early HD video cameras and the bits per pixel allocated to DV recordings.
Several external recorders came to market over the years that added hard drive or flash memory video recording. I was one of the first owners of the Firestore FS-4 external recorder when it came out in 2006. It was a bulky recorder with a monochrome display that recorded video from Firewire based video cameras, using a Firewire cable (AKA i.Link or IEEE1394) 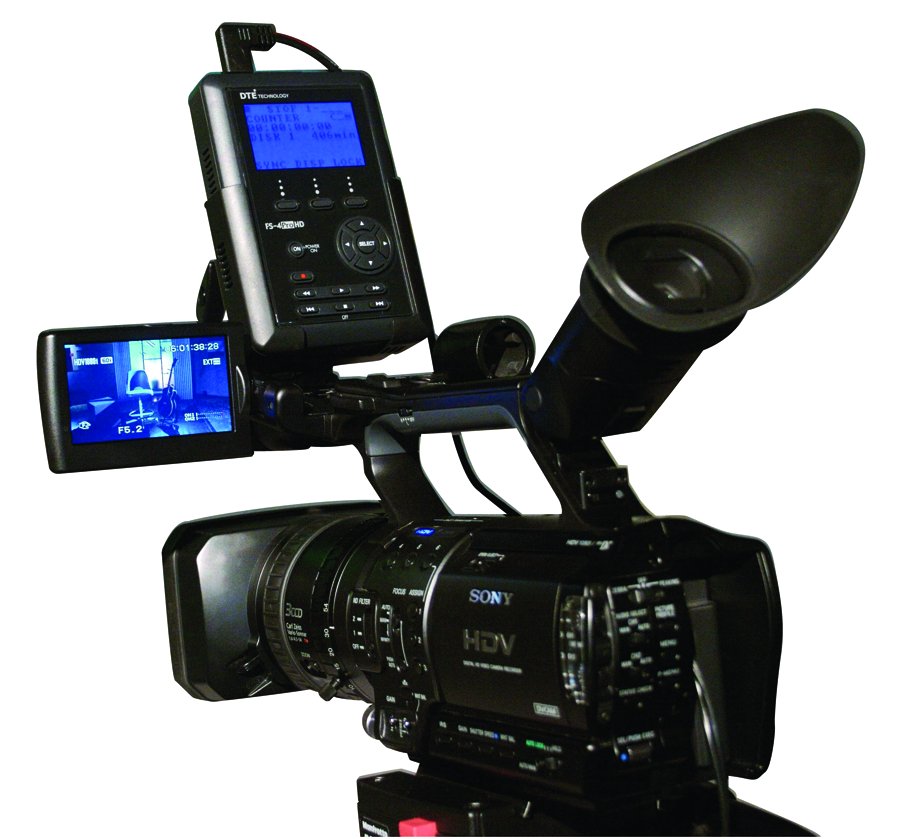 The Sony Z5U and the earlier Sony Z7U had a more convenient tapeless recording option, the HVR-MRC1, that clips-on to the video camera body and records on CF cards. This solution was less bulky than other external recorders and both of these solutions (and a few more from different manufacturers) allowed longer record times than MiniDV tape is limited by (60 minutes) and had the added benefit that it created a redundant back-up.
Unfortunately neither solution improved the video quality because they recorded the compressed video signal post-codec. Recording post-codec with codecs on small sensor video cameras doesn’t produce professional quality video.

Following the Z5U, Sony quietly released the NEX-NX5U in 2010. It was pretty much the same video camera as the Z5U, except instead of recording to MiniDV tape and having the option of adding a CF recorder, it recorded on SD or Memory Sticks, using the newer AVCHD codec, and had the option of also recording to a flash memory unit – the FMU128. The AVCHD codec is more efficient than the old HDV codec and was able to record a square pixel 1920×1080 recording but with a bitrate of 24Mbps, this wasn’t enough to improve video quality.

Then a tsunami hit Japan in early 2011 and it affected the global supply of video tape, which dealt a death-blow to many tape based workflows. The global supply of standard MiniDV tape was not affected because Sony has plants in France and Mexico that were still manufacturing tape stock but higher quality HD grade tapes that were only made in Japan, including HD MiniDV tapes, were no longer available.
Video Production studios that relied on tape based HDV workflows on HD tape were forced to move to a tapeless workflow. Video tape died in 2011.

Stay tuned for Part 4 in my series on the Top 5 Video Production Industry Trends of 2011.